I am a German journalist working for the German public television ZDF. My previous work has been published by Bloomberg News, Forbes, the German news agency dpa and by the public broadcasting channels arte, 3sat, WDR, SWR and Deutsche Welle.

Having lived and studied in Germany, France and Taiwan, I am interested in international relations with a focus on Europe and East Asia.

And I have a passion for science and technology. From artificial hands to autonomous cars – I enjoy connecting complex issues and human stories. 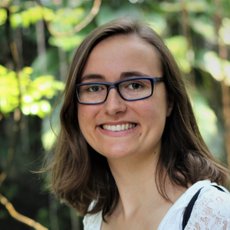